Archive for the ‘ reading ’ Category

Mamphela Ramphele and The Peace Garden

I’m very happy to see that Dr Mamphela Ramphele, the partner of the late Steve Biko, and former managing director of the World Bank, is standing for the presidential candidature of the Democratic Alliance in South Africa. Her autobiography, ‘A Life’, had a profound impact on me when I first read it 15 years ago and was the inspiration for much of the middle section of my novel ‘The Peace Garden’. The character of Poppy Fakile is loosely based on her experiences as a young woman. Do read it, it’s inspiring (Dr Ramphele’s book, not mine – but hey, if you want to read mine too, go for it!)
Here is The Peace Garden on Amazon or from the Crafty Publishing website. If you buy it from the Crafty website I can sign it to you or your loved one if you leave a note … 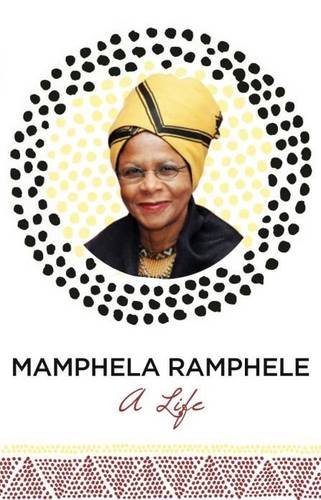 This is an eye-opening book. Like many people of my generation (born this side of 1970 – just!) I do my best to recycle, turn out lights, buy Fairtrade and take public transport (whenever I have the time to do so, or when it’s not too cold, or when I don’t have big shopping bags to carry …). I’m even planning on making sure the next house I move to has a south-facing roof so I can install solar panels. But my efforts have been ad hoc at best. Until I read No Oil in the Lamp I had no understanding of the complexities behind the energy crisis and how it will impact every facet of life in the near future. I’ve heard scientists and politicians arguing about it but have never felt informed enough to really grasp what they were talking about. Andy Mellen and Neil Hollow have changed that. They sketch out in simple, unpatronising terms, the various arguments for and against each energy source. The concept of the long-term sustainability of each commodity consumed or energy source generated in terms of the ratio between energy-in and energy-out gave me a completely new perspective on my consumption. Scrupulously sourced and with more follow-up references than tunnels in a rabbit warren, this book could keep you busy for a very long time. But when you’re finished, don’t forget to pass it on: it’s essential reading! Oh, and they have an excellent website too www.theoillamp.co.uk

I have also interviewed the editor of this book about the impact that the energy crisis and the decline of renewable energy sources might have on the publishing industry. You can read all about it over at The Crafty Writer.

10 letters: to be delivered in the event of my death

I picked up this book because of the similarity of its title to the Henri Nouwen book ‘Letters for Mark about Jesus’ – which had touched me deeply when I read it in my early 20s. Like Nouwen, the author has used a series of apparently personal letters to real-life people to address a wider audience about the nature of God, faith and the Christian life. I wondered: could this be a Letters for Mark for the 21st Century? One the cover, Pete Ward, a professor of theology at King’s College London is quoted as saying: ‘One of the most profound, practical and deeply theological books I have read.’ Was he right? I settled down over three evenings to find out.

Well yes and no. Some chapters touched and challenged me deeply – such as the chapter to ‘Eddie’ whose healing prayers for his dying father (‘in the name of Jesus’) had ‘failed’. And the chapter to his friend Marie who doesn’t believe she needs to be part of a church community to be a Christian. I must admit I couldn’t finish the letter to Tommy, his 12-month-old nephew who had died when he was struck by a falling lamppost in aLondonstreet. The questions Russell was asking about why God allows so much pain and suffering in the world; were just too close to the bone. I will go back and finish that letter – perhaps when I’m feeling less fragile.

However, there were other letters that didn’t touch me or challenge me in the same way. I came out of the letter to his worship-leader friend, Gemma, feeling that I had learnt nothing new; I felt the same way about sin in the letter to his atheist friend, Jonny. But that perhaps is because I am not an atheist and have what I might call a ‘healthy’ awareness of what sin is on a personal and corporate level. I have also spent many years thinking about and contemplating the nature of worship. So rather than a weakness of the book, I see this as inevitable in a work that is addressing so many different ‘types’ of people at different stages of their spiritual walk. Other readers may find these letters deeply challenging, and the ones that touched me, less so.

If you like books that don’t come from a ‘this is what the bible says so we can be in no doubt about it’ position, then you will not be disappointed. Russell, who is a vicar in the Church of England, could be described as a left-leaning evangelical. Some would say ‘Third Way’, but I think Russell himself would object to that label. However, if you do like books that come from a more fundamentalist tradition, then I would challenge you to read it too as it may just give you a framework to allow for the doubts we all have. I grew up in a (dare I say) right-leaning evangelical church. However, over the last 15 years I’ve felt the theological framework I had been given no longer fit the reality of my life or faith. Books like Russell’s (and Phillip Yancey’s and Eugene Petersen’s and Tom Wright’s and Henri Nouwen’s) have helped me stretch my boundaries and still allowed me to call myself a Christian. Let me know if it does the same for you.