The first in the Poppy Denby Investigates Series, published by Lion Fiction, September 2015.
Poppy Denby gets a job as a journalist on a London newspaper and investigates the death of a Suffragette seven years earlier. As she follows the trail she too becomes the target of the suspected killer.

The Jazz Files was shortlisted for the CWA Historical Dagger in 2016 and is available in paperback, ebook, large print and audiobook.

Book 2 The Kill Fee, sees Poppy investigating the theft of a Faberge Egg and the assassination of a White Russian Princess in a West End Theatre. The Kill Fee was shortlisted for the Foreword Review Mystery Novel of the Year in 2017

Book 4 The Cairo Brief sees Poppy investigating a series of mysterious deaths surrounding the auction of the Death Mask of Nefertiti. The Cairo Brief was longlisted for the People’s Book Prize 2019.

Book 5 The Art Fiasco sees Poppy investigating the death of a world-famous artist while on holiday in Newcastle upon Tyne.

The Poppy Denby books are also available in large print and audio, published by WF Howes. 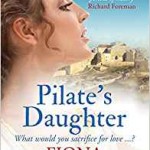 The year is AD28. In Roman-occupied Judea, Claudia Lucretia Pilate, daughter of the governor Pontius Pilate, is not happy with her father’s choice of husband for her – the handsome Roman Tribune Marcus Gaius Sejanus, who has been assigned the task of ridding Palestine of the troublesome Zealots. Lover of Greek myths and culture, Claudia has ideals of finding a partner of her own and she unwittingly falls in love with Judah ben Hillel, a young Jewish Zealot, who has been instructed by his kinsmen to kidnap and kill her. As the last days of Jesus are played out in Jerusalem, the future happiness of Claudia and Judah becomes ever more thwarted and the outcome played out in a wider arena than they ever imagined.

A tale of star-crossed lovers, Pilate’s Daughter brings to the fore many lesser-known characters from the gospel accounts of Jesus, who mingle with fictional characters against the historical backdrop of Roman life in Palestine.
Pilate’s Daughter is published by Lume Books (formerly Endeavour Publishing). Available as e-book and paperback.

When Natalie Porter starts investigating plant theft in a suburban cul-de-sac, she never dreams it will lead her on a terrifying journey from the gardens of England to the townships of Apartheid South Africa; and a far darker secret than the whereabouts of a missing azalea.

Self-published under the imprint Crafty Publishing in 2011, The Peace Garden is a coming of age romantic thriller doused in political intrigue, racial tension, international terrorism and … gardening.

The Time-twisters, are graphic novels about time travelling children who visit famous scientists of the past. Published by SPCK in collaboration with the Faraday Institute. Illustrated by Laura Borio. The first in the series, Charles Babbage and the Curious Computer, is out now.

Charles Babbage and the Curious Computer 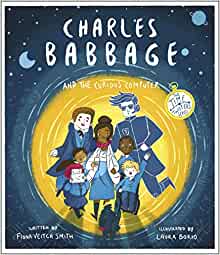 The Young Joseph Picturebook series for children 3-6 years, are written by Fiona Veitch Smith and illustrated by Andy Catling (Published by SPCK).

Joseph and the Rainbow Robe

In the first book of the Young Joseph series, we find Joseph living in Canaan with his dad, stepmothers, eleven brothers – and lots of scene-stealing cows! Joseph is his father’s favourite, which makes his brothers very cross, especially when he tells them about the dream he has had in which the sun, moon and eleven stars bow down to him. To cheer him up, Joseph’s dad gives him a beautiful coat of many colours – a ‘rainbow robe’ to remind him that God loves everyone – even his brothers.

Book 2 – Joseph and the Jealous Brothers

Book 3 – Joseph and the Lying Lady

Book 4 – Joseph and the Forgetful Servant

Book 5 – Joseph and the Dreaming Pharoah

Book 6 – Joseph and the Hidden Cup

Book 7 – Joseph and the Fearful Family 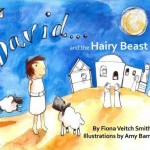 The Young David Books are a series of children’s books based on the childhood of the Biblical King David. These beautifully illustrated inspirational fictional tales address issues commonly faced by young children, such as sense of identity and self-worth, facing fears and making friends. Suitable to be read to 3-6 year olds, or as a reader for 6+ year olds, they are sure to delight.

Myro the Micrlolight is the smallest plane in the world. Join him and his friends in a series of breathtaking adventures Down Under.