Fiona’s guide to the skinny classics

I had such fun a few weeks ago meeting up with an old friend, author and lifestyle blogger Gillian D’Achada at Alnwick Castle in Northumberland. Gill and I were once part of a writers’ circle in Kalk Bay, South Africa in the late 1990s and early naughties that eventually became a writers’ line when only she and I remained. Gill I think was the first person to encourage me to become a full-time author and I am forever grateful for her support. Over the years she and I have stayed in touch and I was privileged to edit her award-winning youth novel, Sharkey’s Son for Tafelberg Press. Here I am talking to her about how reading classic literature doesn’t have to be hard work – and how some classics have influenced my own writing of The Jazz Files.

PS Yes I’m aware I made a mistake on Homer’s dates. He lived and wrote in the late 8th Century BC, not 4th Century. Forgive me darlings!

I was delighted the other week to be invited to speak to a group of book lovers who have been reading The Jazz Files for their monthly book group. There were cocktails in the kitchen then nibbles and cheesecake (!) while they asked me all sorts of questions about the book and how I came about writing it. Rollo was their favourite character and they say that they could see Peter Dinklage playing him in a TV adaptation. Miriam Margolyes was the unanimous choice for Aunt Dot. Then I gave them a sneak peak of book two in the series, The Kill Fee, and of course left them on a cliff hanger. Thank you ladies, it was fun! If you have a book club in the Tyne & Wear area that you would like me to visit, just drop me a line! 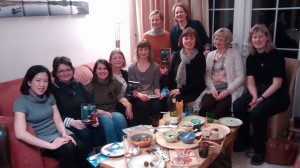 Mothers’ Day in the UK is early this year. Sunday 6 March. How about giving your mum or mum-in-law a signed copy of one of my novels. ‘The Peace Garden’ is a romantic thriller set alternately in England and Apartheid South Africa. ‘The Jazz Files’ is a mystery set in 1920s London against the background of the Suffragettes. The Peace Garden is a slightly ‘edgier’ read. The Jazz Files slightly lighter. If you would like more information on what the books are about, click on the images on the right hand side of this page under ‘Fiona’s books’. I can sign to your mother of choice and post off to you. £10 inclusive of P&P. Message me if you’re interested. 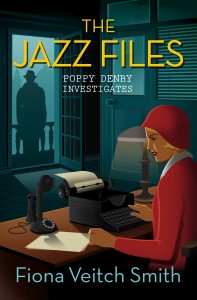 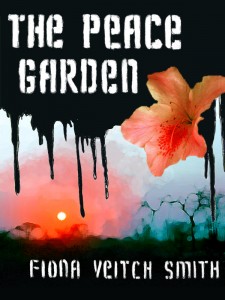